The mind, once expanded to the dimensions of larger ideas, never returns to its original size. ~ Oliver Wendell Holmes 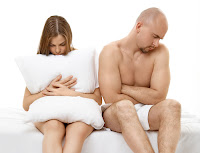 PSSD stands for Post SSRI Sexual Dysfunction.
It is estimated that up to 50 - 80% of patients that take SSRIs (Selective Serotinin Reuptake Inhibitors or antidepressants) suffer from sexual dysfunction to one degree or another.  This may occur while taking the drug or upon discontinuation of use.   The actual numbers are difficult to confirm as many people may feel uncomfortable discussing intimate issues with their physician out of shame, embarrassment or fear of stigma.  It should be noted that PSSD can occur on mild-high dosages, short-long term treatment and when  discontinuing SSRIs. Every person is different and no two cases are the same.  Dysfunction may last from weeks to months, or permanently in some cases.
PSSD may include:
FDA-approved indictaions for treatment with SSRI's include: ^

"Off Labeling", or the practice of doctors prescribing these drugs for indications for which they have not been approved  is rampant. Such conditions include:

and of all things - Sexual Dysfunction.  This is simply criminal. The only sexual dysfunction SSRIs have been shown to effectively treat is premature ejaculation, while still potentially causing the other undesirable effects mentioned above.  Additionally, it requires continuous daily use to prevent this problem.   Only two drugs have shown promise in immediate & occasional use: Chlomipramine and Viagra.

If we return to the first and primary indication for antidepressants, namely DEPRESSION,  first it must be recognized that among the most common symptoms are low or non-existent sexual desire and dulled ability to experience pleasure.  If this is already an issue you are concerned with, careful consideration should be taken before beginning treatment with SSRIs. The last thing you want to do is make a bad situation worse.

SSRI's have been shown to be highly effective in improving mood, alleviating self- loathing, revitalizing energy, and returning a sense of normalcy to the depressed individual, which is why they are used as a first-line treatment by medical doctors and psychiatrists.  It should be noted, however, they also have been shown to reduce inhibitions,  give rise to suicidal thoughts and tendencies, cause aggression and mania, induce insomnia and restlessness, and may lead to Bipolar Disease.  However, the most counterintuitive side-effect of all - Antidepressants may cause Depression.

Unfortunately, the medical community heavily uses these drugs in children and teens, exposing them to the risks of reduced sexual pleasure, performance and impaired reproductive abilities as they mature.  Already studies have shown that while the number of teens receiving these drugs is increasing expoentially, sexual activity among the same group has been on a downward trend.  For those looking to promote celibacy, lowering the risk of teen pregnacies, or reducing population growth this may be a bonus, however, the long term effects may not be as positive as one would hope. Additionally, parents should be careful making decisions for their children, that could have life-long impact on their welfare and happiness, unless they are in dire need and there are no other alternatives. It's never too early to consider these possibilities.


Contrary to popular belief, your brain is your largest sex organ. When behaving properly, it produces neurotransmitters (brain chemicals including serotonin) that  increase the communication between cells. Upon stimulation through sensory input, these chemicals signal the body  to increase blood flow to the sexual organs when stimulated and voila - sexual arousal occurs.   Free serotonin is functional (a feel good chemical).   Depression, however, can interfere with the signals. SSRI's block the re-uptake or re-absorption of serotonin into the neurons, thus improving overall mood.  Unfortunately, once again, the drugs can also cause depression both up and downstairs. These factors must be weighed out carefully.

Sexual Dysfunction for an individual can raise havoc with self- esteem, confidence, and anxiety. We live in a world where sexuality is paraded in front of our faces 24/7. Advertising, media, TV, movies, music, fashion - sex is everywhere.  It's only natural to want to live up to these "images" in spite of how inflated they may be.   While one quarter of society suffers from HSD or  Hypoactive Sexual Drive, few talk about it, leaving all too many people feeling inferior or different [while that's far from the case].  It's even more devastating when you used to have the drive, but  find it slowly fading.  Until we learn to measure ourselves as  individuals rather than being compared to artificial standards, we will continue to suffer.

Sexual problems for couples can produce stress, straining their relationship and further complicating dysfunction.  It interferes with connectiveness, intimacy, and the ability to bear children. In spite of the fact that a classic study called "Sex in America" found that 1/3 of couples were having sex only a few times a year, once again the media begs for us to believe a different story. The Social Media Gurus chant that active sexual relations, up to three times a week, should be taking place for everyone from teens to those in their 90's.  Obsession with celebrity portrayals of "Mr. & Mrs. America" on screen and pornography leaves people with unrealistic expectations. PSSD only worsens this issue unless properly addressed. A couple willing to weather the storm and take a new course though, can find new and exciting seas to sail with mutually satisfying results.

Newer antidepressants including Wellbutrin, Remeron, Serzone and Survector (not available in the U.S.) have few or no sexual side effects. ED (Erectile Dysfunction) drugs may be added. Hormones can be used to boost libdo in some cases. Couples or sexual therapy can be helpful in finding alternative methods of coping with this disorder. While PSSD or HSD is the most common complaint addressed by marital/sex counselors, millions of couples suffer in silence.

Open communication for this condition is essential.  Talk to your M.D., ask your psychiatrist if there are alternatives.  Most of all, discuss this issue with your spouce or significant other. And please - report side effects to the FDA.
http://www.fda.gov/Safety/MedWatch/default.htm
Most of all, relax. You are far from alone and this is not your fault.  Don't let anyone tell you it's all in your head.  Seek help and don't feel ashamed or embarrassed. Trust me, they've heard it all before.

Suzanne
Writer and Mentor, sharing my thoughts on human behavior & mental health. Giving those on the outside looking in a chance to understand, and those on the inside looking out - compassion, guidance and support.